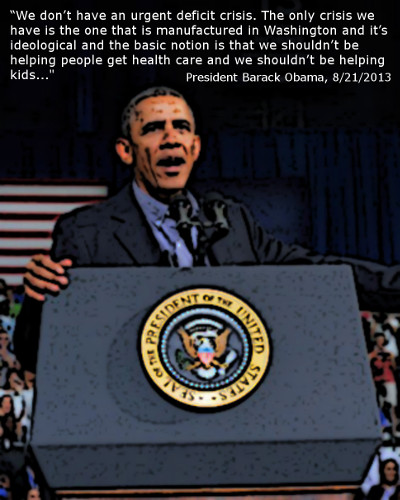 Last week President Barack Obama asserted that the United States does not face spending or deficit problems, only an ideological divide caused by Republicans that want to slash government programs for health and children's services.

Now either this president is lying or he has yet to read his own government's reports.