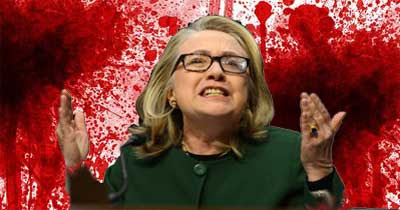 You can file these developments in the "we sort of already knew this" category, but the additional confirmation is welcome.  Remember, the administration-backed probe into the Benghazi massacre led to (since rescinded) sanctions against four mid-level scapegoats -- one of whom clearly deserved some blame -- while letting higher-level officials off the hook.  Indeed, the "Accountability" Review Board declined to even interview the Secretary of State.  Yet the White House insisted that its report was comprehensive and closed the door on the matter.  In advance of Thursday's fresh round of hearings, these details indict ARB's process and conclusions, as well as State's response:

The State Department’s investigation into the Sept. 11, 2012 attack on the U.S. mission in Benghazi was not independent and failed to hold senior State Department officials accountable for the failures that led to the death of four Americans, according to a new investigative report compiled by the House Oversight Committee.