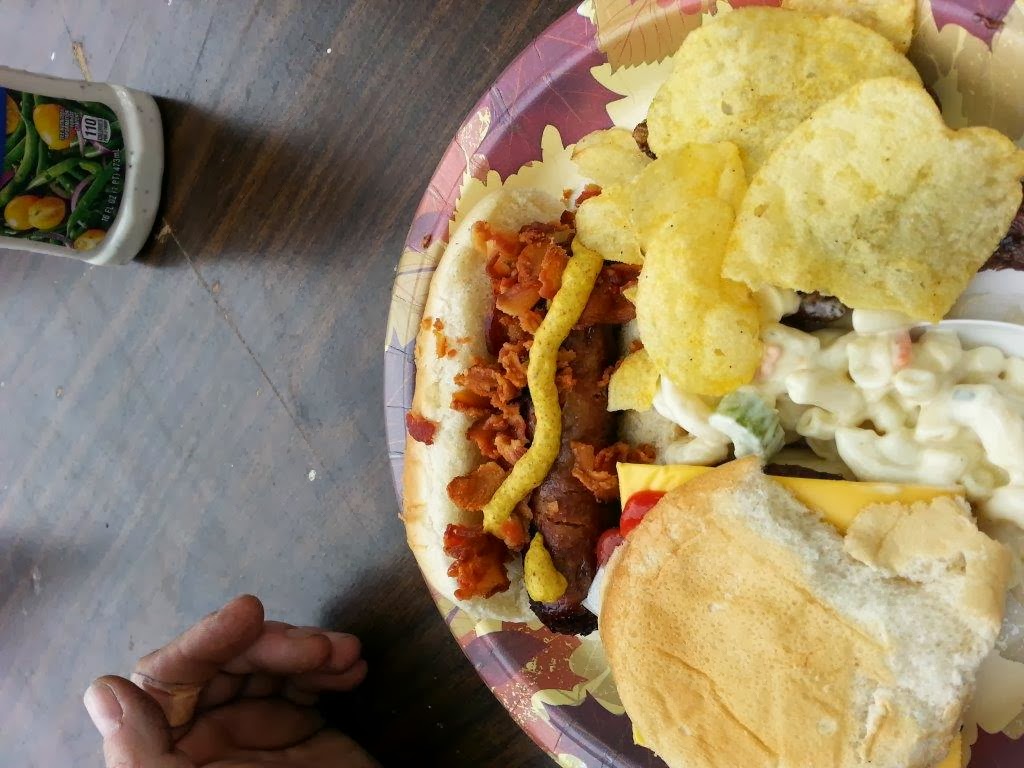 I would consider the recent PatCon that was held on my farm to be a success. It was meant to be a simple meet, greet and eat affair and that was accomplished.

Faces have been put to commenter names. Email addresses have been exchanged and hopefully the relationships formed will continue to grow.

Nic and his family arrived Friday evening and set up camp. I picked Catfish up from the train station and got him settled in the house.

Saturday Catfish worked on the CD3WD project while Nic and I set up tables, chairs and gathered firewood. Nic's daughters learned the patient art of stalking and capturing barn kittens.

III started arriving at 1230 and pretty much were all there by 130. Chairs around the fire pit allowed for conversation. I will admit that I was not able to talk and listen as much as I would have liked because I was moving back and forth between the house, fire pit and barnyard doing "host stuff." Others would be far better at describing the conversations that took place than I would be.

The food was delicious! Catfish grilled the brats and burgers to perfection and the dishes that were brought to pass were all masterpieces! Tom's chicken wings were so good my wife asked for the recipe. I do not think anything could have been better or more perfect.

Doc Scheffler offered a set of F/B plates for a raffle. $5 a person was collected with the winner getting the plate and the cash to spend at Main Gun. Nic won the raffle.

Brian had graciously brought a Tavor magazine to also raffle (it fits AR platform 5.56/.223 rifles) and Tom won that.

All in all a small group of Patriots met, sharing a meal and conversation.

Friendships were made, support offered and taken.

The foundation has been laid. Now the building starts.