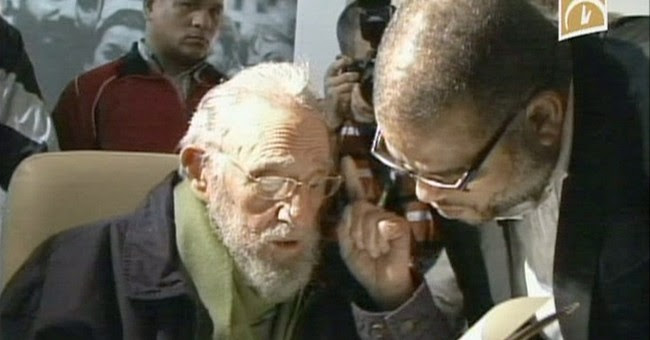 87 year old Fidel Castro appeared in public this week for the first time in six months and the mainstream media can hardly contain themselves. This appearance coincides with the 55 anniversary of Castro’s “revolution.”

To read the media you’d think some effete and benevolent European monarch (from, say, Monaco or Liechtenstein) had made a brief cameo. Across the board the media refers to Fidel Castro as the “President” who “led” Cuba for almost fifty years. No hint of anything else happening in Cuba during that period.

You’d never guess Castro killed more Cubans in the process of “liberating” them than the Nazis killed French civilians in the process of conquering and enslaving them, that he brought the world closest to Nuclear war of any “leader” on earth and that he sunk a nation with a standard of living higher than half of Europe’s and swamped with immigrants into a pesthole that repels Haitians.