All the “POPS!” and “BANGS!” from fireworks had my single (for the time) mother edgy. Firing-squads had been murdering thousands of Cubans ‘round the clock. Other thousands of Cubans waged a lonely and hopeless guerrilla war against the massively-armed forces of Soviet proxies Che Guevara and the Castro brothers. All this 90 miles from U.S. shores.

All those bombs and gunshots were only months distant on July 4th, 1962–the Fontova family’s first Fourth in the U.S. We landed in south Louisiana, deepest, darkest Dixie. Castro’s propaganda constantly hammered that such areas of the U.S. were infested by “gun and religion-clinging people with ingrained antipathy to people who aren’t like them.” In the following five decades this dovetailing of Castroite and Democratic “talking points” became very noticeable to Cubans in the U.S.

One of ours who returned to fight Castro.
Greenbrier Military School 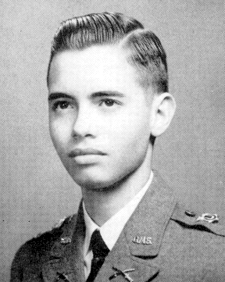