Obama's "A Bridge To Far" 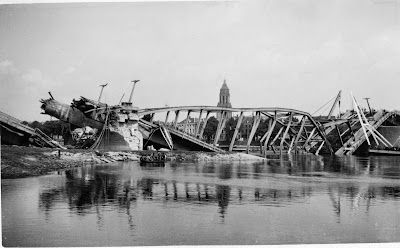 In the fall of 1944 Allied military commanders in Europe had become quite impressed with themselves given the rapidity with which they had pushed the Wehrmacht back to the French frontiers and into Belgium.  This led the British commander, Field Marshal Bernard Montgomery, to propose a daring airborne assault into the Netherlands and across the Rhine river that would open the plains of Northern Germany to the Allied armies and possible end the war in Europe by Christmas of 1944.  This became know as "Operation Market Garden", and Hollywood later depicted it as "A Bridge To Far".

The operation was a costly disaster.  British and American Airborne units found themselves dropped right into the face of marshaling German armor and mounted infantry units and were unable to long secure their objectives once the Germans counter attacked.  The follow on ground units also faced heavy and determined resistance and were unable to move forward to relieve the beleaguered airborne units.  The airborne units then had to undertake a fighting withdrawal back to allied lines and suffered heavy losses.