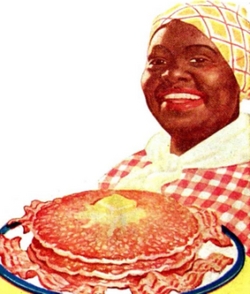 D.W. Hunter, the great grandson of Anna Short Harrington, the woman who became "Aunt Jemima," has filed a class action lawsuit against PepsiCo, The Quaker Oats Company, Pinnacle Foods Group and The Hillshire Brands Company on behalf of all of her great grandchildren. He is seeking $2 billion, plus punitive damages to be determined at trial.

Hunter alleges that the companies conspired to deny that Harrington had been an employee of Quaker Oats, all the while exploiting her image and recipes for profit, while refusing to pay an "equitable fair share of royalties" to her heirs for more than 60 years.

The claims come on the heels of the defendants allegedly receiving a certified death certificate for Harrington that listed Quaker Oats as her employer. Hunter further alleges that the companies have lied while claiming they could find no employment records for Harrington, or images of her, and yet they had her image deposited inside the U.S. Patent and Trademark Office, according to the document.

Harrington took on the role of the pre-existing character of Aunt Jemima in 1935.