Fired Texas Principal Speaks Out: ‘It Would Be Best to Speak English in Classrooms’ 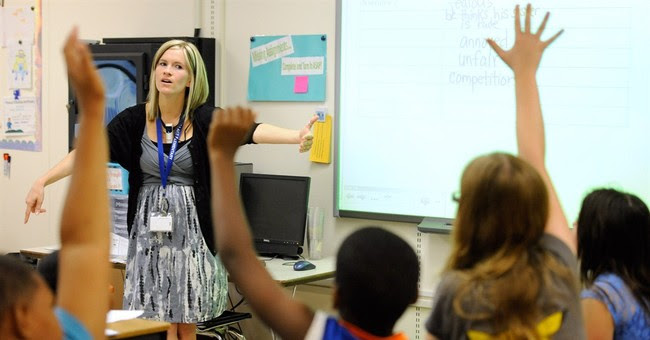 On November 12, 2013, Amy Lacey, the principal of Texas’ Hempstead Middle School, was placed on administrative leave and subsequently fired when she made a simple request to students: speak English.

Now that the gag order has expired, Lacey is speaking out about what happened that day, dispelling rumors that she banned Spanish from the school’s campus.

“I informed students it would be best to speak English in the classrooms to the extent possible, in order to help prepare them for [state] tests,” she wrote in a letter to the Houston Chronicle explaining her side of the story.]