Jay Dobyns: My Open Letter to Congress on the 6th Anniversary of the Arson of my Home 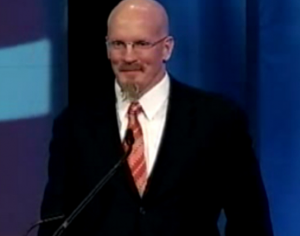 My name is Jay Dobyns. In January of this year, I retired from the Bureau of Alcohol, Tobacco and Firearms after twenty-seven years of decorated service.

Today is the six-year anniversary of the arson of my home. My wife and two children were inside when the fire was set. They were lucky to escape and survive, although my home and all of our belongings were destroyed by that criminal act.

Leading up to that conclusive and somewhat predictable event, my family and I had already endured years and dozens of credible and validated death and violence threats issued from violent crime suspects and based on my work as an ATF Agent. Each time those events were summarily dismissed by ATF’s leadership as unworthy of attention.

After investigating the August 10, 2008, arson, two of the nation’s leading arson investigators determined that I was not involved. ATF’s leadership, both nationally and locally, ignored the determinations of their own experts and maliciously pursued me as the sole suspect, implicitly categorizing me as an ATF agent willing to murder his own family by fire. The managers and executives involved were known to be corrupt, despised by ATF agents, and among those who planned and implemented ATF’s Operation Fast and Furious.