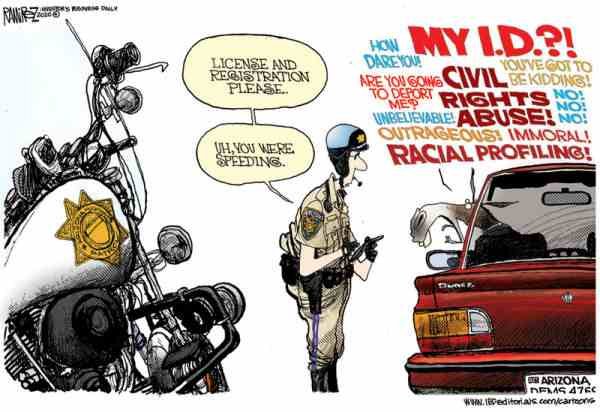 In an article about police shootings in last Sunday's New York Times (8/31), Michael Wines disputes the conventional wisdom about a disproportionate number of African-Americans being shot by police, saying there are no data one way or another. But Wines revives the canard about blacks being disproportionately targeted in traffic stops.

There actually is a study for that.

Throughout the 1990s, the nation was fixated on tales of jack-booted New Jersey state troopers who were stopping speeders on the turnpike just because they were black! In a 2000 primary debate, Vice President Al Gore sneered at then-New Jersey Sen. Bill Bradley, saying, "Racial profiling practically began in New Jersey, Senator Bradley."

Attorney General Eric Holder recently paid tribute to the myth, claiming that when he was in college, he had been stopped "driving from New York to Washington." He didn't mention how fast he was going.

The story never made sense. How could the troopers tell the race of drivers in speeding cars? Did they wait until the driver rolled down his window and, if he was white, say, "Oh, sorry -- have a nice day!"