A French Soldier's View of US Soldiers in Afghanistan 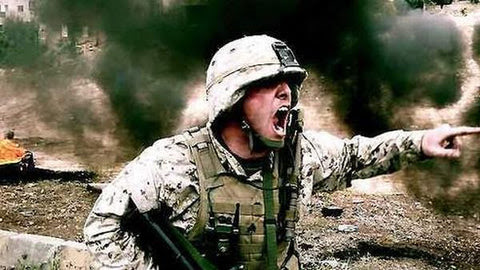 What follows is an account from a French ISAF soldier that was stationed with American Warfighters in Afghanistan sometime in the past 4 years.  This was copied and translated from an editorial French newspaper.

"We have shared our daily life with two US units for quite a while - they are the first and fourth companies of a prestigious infantry battalion whose name I will withhold for the sake of military secrecy. To the common man it is a unit just like any other. But we live with them and got to know them, and we henceforth know that we have the honor to live with one of the most renowned units of the US Army - one that the movies brought to the public as series showing "ordinary soldiers thrust into extraordinary events". Who are they, those soldiers from abroad, how is their daily life, and what support do they bring to the men of our OMLT every day? Few of them belong to the Easy Company, the one the TV series focuses on. This one nowadays is named Echo Company, and it has become the support company.

They have a terribly strong American accent - from our point of view the language they speak is not even English.