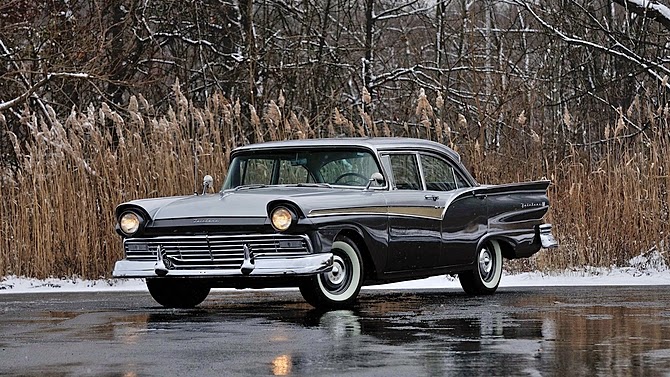 This unassuming 1957 Ford Fairlane 500 may look mundane, but its story begins with the cross-breeding that occurred between NASCAR and the illicit liquor trade – bootlegging, that is; moonshine.

The horsepower races of the mid-'50s saw NASCAR homologate multiple carburetion, fuel injection and supercharging, all of which moonshiners immediately adopted in the quest to stay out of revenuers’ clutches. One such character, who shall remain anonymous, bought and paid cash for this 1957 Ford Fairlane 500 but was hauled off to jail before he could take delivery. It languished on the dealer’s lot for a year before it found another buyer who, shocked by the car’s terrible gas mileage, had the dealer remove the supercharger.