First mountain lion sighted/killed in Kentucky since before the WBTS 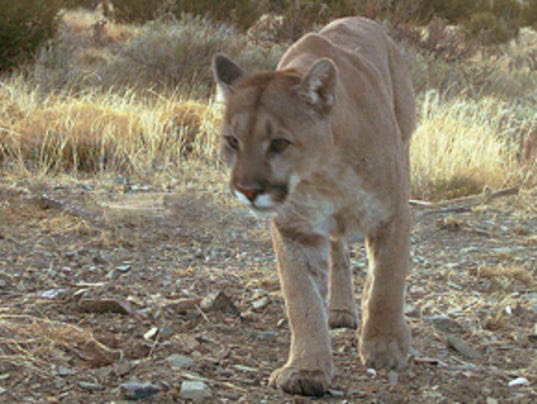 A Kentucky Department of Fish and Wildlife officer killed a mountain lion on a Bourbon County farm on Monday, marking the first confirmed sighting of a mountain lion in Kentucky since before the Civil War, said Mark Marraccini, a spokesman for the agency.


Marraccini said a farmer spotted the cat in a tree and alerted the department. When the officer responded, he found the animal had been trapped in different tree by a barking dog and decided it was best to "dispatch it."

Mountain lions were once native to Kentucky.


More @ The Courier-Journal
Posted by Brock Townsend at Friday, December 19, 2014