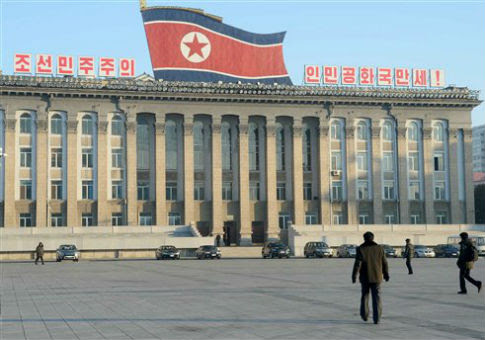 A top State Department official on Monday dismissed reports that Iran may be hiding key nuclear-related assets in North Korea and implied that she was unaware of the possibility, despite the publication this weekend of several articles by top analysts expressing alarm at the extent of nuclear cooperation between Tehran and Pyongyang.

Marie Harf, a spokeswoman for the State Department, dismissed as “bizarre” the reports, which described the transfer of enriched uranium and ballistic missile technology back and forth between the two rogue regimes.

The existence of an illicit Iranian nuclear infrastructure outside of the Islamic Republic’s borders would gut a nuclear deal that the administration has vowed to advance by Tuesday, according to these experts and others.