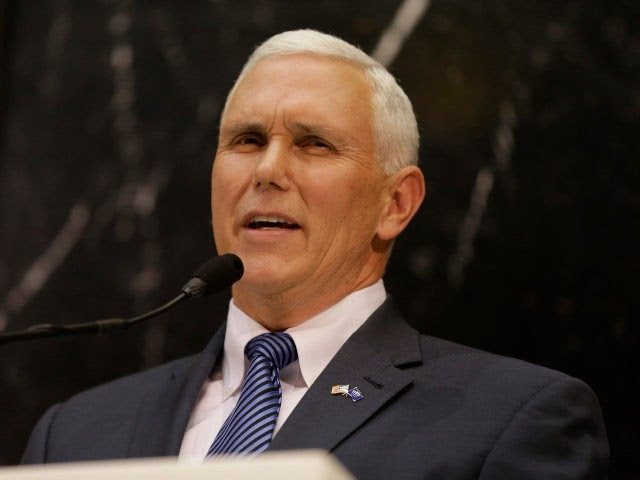 Columnist Robert Knight tells Breitbart News, “Mr. Pence would do well to find out what Scott Walker had for breakfast when he faced down union mobs, the media and the ruling elites.”

Governor Mike Pence of Indiana seems to have caved into enormous pressure and will ask the state legislature for new legislation to make it clear that Christian florists and bakers could be forced to participate in weddings that violate their religious beliefs.

Last week, Indiana joined 19 other states and the federal government by enacting a law to protect religious believers from governmental encroachment on religious freedom. Such legislation was cited in the recent Supreme Court Hobby Lobby decision that determined religious employers could not be forced to supply abortion drugs to employees under ObamaCare.

In a packed press conference this morning, Pence did not give specifics about what the new legislation would say, only that he wants it to make clear that “Indiana businesses will not be able to discriminate against anyone for any reason.” He said the religion freedom bill he signed was never considered by him or the bill’s sponsors to allow a “license to discriminate.”