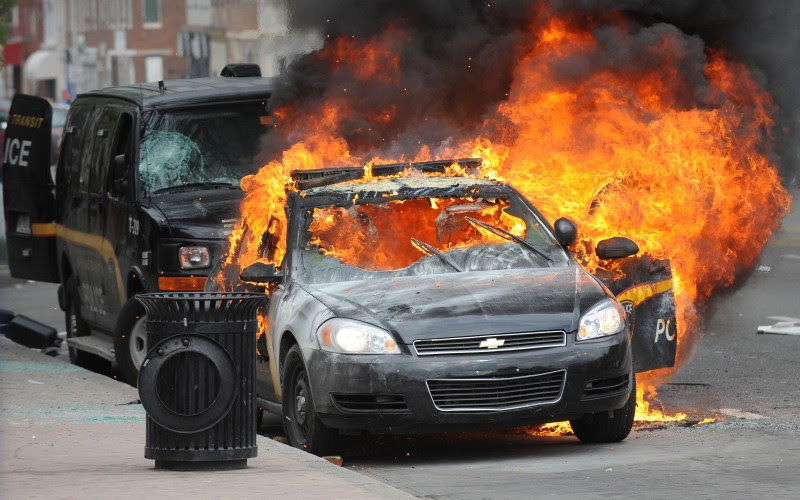 Parts of Baltimore continued to smolder Tuesday after a chaotic night of fires, looting and rioting stemming from the death of a black man who suffered a fatal injury in police custody.


As a brilliantly sunny morning dawned over neighborhoods left in tatters, city workers and citizens began slowly cleaning up the debris — hauling away charred remains of vehicles, sweeping up shattered glass and continuing to put out a massive structure fire that burned through the night in the city’s worst episode of racial violence since 1968.