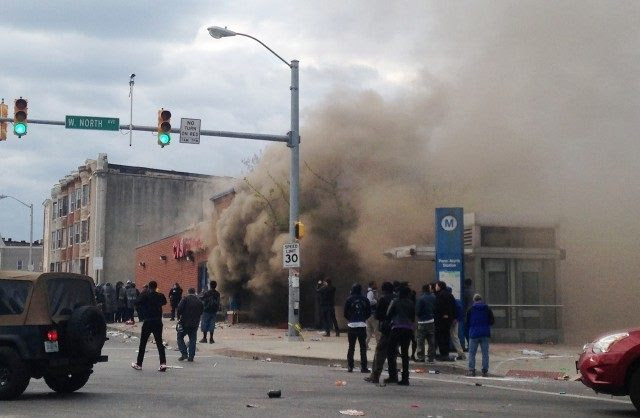 On April 27, Baltimore Sun reporter Justin Fenton was saved from a mob of rioters by a Baltimore business owner armed with a shotgun.

According to CNN, Fenton was on the streets of Baltimore and ran toward a location where an officer was reported to be injured by the rioters. He said, “I ran down and got in the middle of everything.”

Fenton said he was “inside of the area [of] Pennsylvania Avenue and North Avenue where a lot of [things were] taking place.” He was near a “cash checking place [that] had been broken into” and he was being protected by “a group of self-identifying Crips gang members.” But he turned away from them to take a photo, at which point he was approached by “a man with a hoodie pulled tight over his face.”