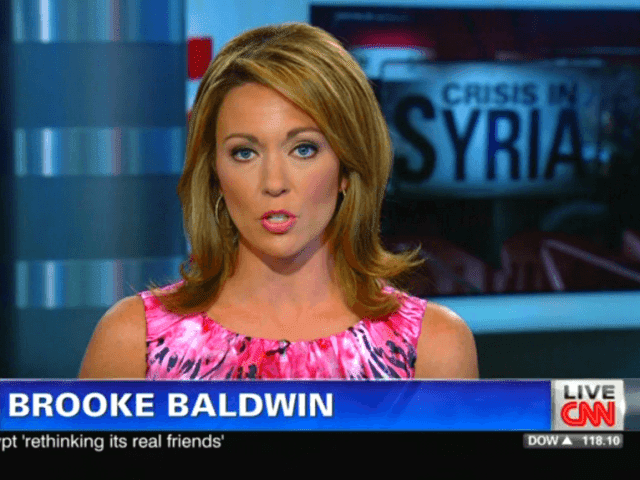 ***UPDATE: Via Twitter, Baldwin is bizarrely attempting to deflect blame away from herself.  I say bizarre because most of us first hear things from others. We then go through the grown-up process of filtering out anti-science smears. Baldwin chose to repeat this one:
–
After more than a year of CNN pouring gasoline all over America with hysterical, and oftentimes phony, stories of American racism, the left-wing network’s afternoon anchor Brooke Baldwin finally took it to the next level by blaming American veterans for the Baltimore riots.