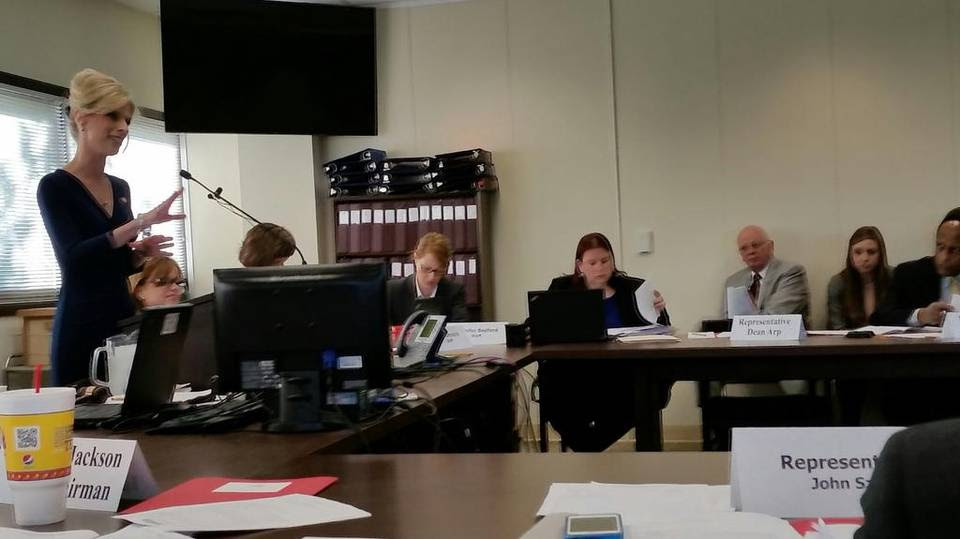 Read more here: http://www.charlotteobserver.com/news/local/article19798779.html#storylink=cpy
A package of proposals aimed at loosening state and local restrictions on guns is headed for a House vote after winning approval in committee Tuesday.

House Bill 562 would require schools to allow gun owners with concealed weapons permits to bring their guns onto school property as long as they leave the gun locked in their vehicle. It would allow citizens to sue local governments that try to restrict the right to carry concealed weapons.

It also would require property and business owners who don't allow weapons to place a large sign to that effect in a prominent location. A violation of such a notice would no longer be a misdemeanor, just an infraction.

The bill would ban doctors or psychiatrists from asking patients in writing whether they own or have access to guns. They would be banned from passing that information along to anyone, even law enforcement, even if a patient were to express a desire to harm himself or others.

It would exempt shooting ranges from any local noise ordinances passed after they were built. It would also allow hunting with silencers and allow guns at the State Fairgrounds, though not during the State Fair.

The proposal would also shorten the list of misdemeanor crimes for which a person can be turned down for a concealed carry permit and limit those bans to three years, with the exception of domestic violence crimes, which under federal law result in a permanent ban.

It would also allow district attorneys and assistant DAs to carry concealed weapons in the courtroom. It would forbid a county sheriff from asking for more information about a permit application than is allowed under state law, and it would force the sheriff to issue a permit after 90 days, even if he or she has not yet received mental health or other relevant information about the applicant from other agencies or states.