The Muslim Brotherhood in America: Key Doctrines of Deception. Part 6 of a Series 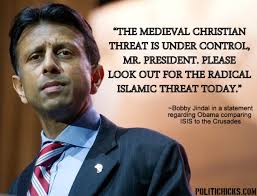 Every American should be familiar with the key doctrines of Islam. It is essential for both family and national security. Unfortunately, the fashionable American infatuation with multiculturalism, relativism, and diversity, and the increasingly heavy social and intellectual chains of political correctness make acquiring a discerning knowledge of Islam unpopular and socially risky. But learning the truth about Islam is becoming essential to the survival of the American Republic and truth itself.

One of the least reliable places to learn about Islam is the U.S. government. Political correctness and a counterfactual fictional version of Islam as a religion of peace and tolerance are highly institutionalized in our federal bureaucracy, and this has become even more crushing in the last two years.  Even the FBI and the CIA are plagued with political correctness, and many reports that contradict the dangerous PC myths about Islam are either rebuked or ignored. This has allowed the Brotherhood to infiltrate deeply into agencies critical to national security, especially where expert knowledge of Middle Eastern languages and cultures are critical. Politically correct sensitivity training for military personnel could blindside commanders to potential threats like the 2009 Fort Hood massacre. Most media and academic institutions are also thoroughly bound by social and intellectual straightjackets concerning Islam.

Allah is the Arabic word for God, but the character of Allah in the Koran is far different from the God of Judeo-Christian scriptures. Christianity and Islam have surface similarities, but in depth, they are really polar opposites.  Many Muslims who have converted to Christianity believe that the Allah of Islam, the Koran, and the teachings of Muhammad (the Sunna) is an extreme distortion of God. Many orthodox Christian theologians believe that Allah is a pagan god that has acquired some thoroughly adulterated Judeo-Christian attributes.  It is obvious to these Christian Bible scholars that portions of the Koran are inaccurate, often grossly inaccurate, borrowings from Old and New Testament scriptures. Muslims, of course, believe that it is the Christian and Jewish scriptures that have become corrupted.

Most Americans know something about Jihad.  It is holy warfare to spread Islam and is a pervasive major doctrine of Islam. The doctrine of Jihad comes directly from the Koran and the teachings of Muhammad. The claim that jihad is a spiritual struggle has little validity in the Koran or Muslim history.  As the Ayatollah Khomeini said, “Kill all the unbelievers just as they would kill you all!” Osama bin Laden did not hijack Islam and invent jihad. He quoted the Koran correctly and was obedient to its violent teachings of conquest and vengeance.

Another key doctrine of Islam that Americans must know is Taqiyya. It is an Arabic word meaning “concealment.” Under this doctrine Muslims are allowed to lie to protect themselves and are encouraged to lie to advance Islam. Although many Sunni Muslim apologists refer to it as a Shiite doctrine, it is established in verses of the Koran and the Sunna and thus applies to both Shiite and Sunni Muslims. It is generally manifested as dissimulation, lying, or deceiving non-Muslims in the cause of Islam. Its sanction in the Koran and Muhammad’s life have been used to justify lying under oath in a U.S. Court or making the misleading statement to the media that “Islam is a religion of peace.” Peace in the definition of Sharia only occurs when all accept the supremacy of Sharia. This kind of peace would include the overthrow and replacement of the U.S. Constitution by Islamic Law. At least three U.S. presidents have been grossly deceived by this subtle but colossal contradiction to the real truth. Consequently, the last place to look for truth about Islam is a Muslim imam or mullah. Nor would you discover truth by listening to Muslim Brotherhood front organizations like the Council for American-Islamic Relations (CAIR).

One reason that Americans are so easily deceived by Muslim propaganda is that so many no longer know or accept the doctrines of Biblical Christianity. Many have bought into multiculturalist universalism and the notion that there are many paths to God and to salvation. However, that is not what the Bible teaches. A cardinal doctrine of Christianity is that salvation is found in Christ alone. It is by grace alone, through faith alone, in Christ alone. Multiculturalist universalism is actually heretical apostasy. In John 14: 6, Jesus said, “I am the way the truth, and the life, no man comes to the Father except through me.” Acts 4: 12 says, “Nor is there salvation in any other, for there is no other name under heaven given among men by which we must be saved.” Nor are all religions praying to the same god.  In 1 Timothy 2: 5, we have, “For there is one God, and one mediator between God and men, the man Christ Jesus.” Although Muslims often try to gain the confidence of Christians by insisting that “we are praying to the same god,” they consider such universalism blasphemy.

The doctrine of abrogation is extremely important to understanding the Koran. The Koran is inconsistent on many issues. Later verses abrogate (cancel) earlier inconsistent verses. Unfortunately, this means that most of the peaceful verses written in Mecca have been abrogated by the later violent verses written in Medina. Muslims frequently quote abrogated peaceful verses of the Koran to deceive non-Muslims.

The doctrine of Islamic Supremacism insists that Islam must dominate all other religions. “There is no God but Allah, and Muhammad is his Prophet.” There is no allowance for religious freedom in Islamic Law.

For the last three years, President Obama has been bringing 100,000 legal Muslim immigrants per year into the United States with minimal national security vetting. When Louisiana Governor Bobby Jindal heard this, he remarked: “That’s not immigration; that’s invasion.” Exactly!  Jindal did not back down, when the PC media police were outraged. They were especially incensed when Jindal warned that unless Muslim immigration becomes considerably more restrictive, we can expect an increase in tragic mayhem against innocent Americans.
Posted by Brock Townsend at Wednesday, April 08, 2015