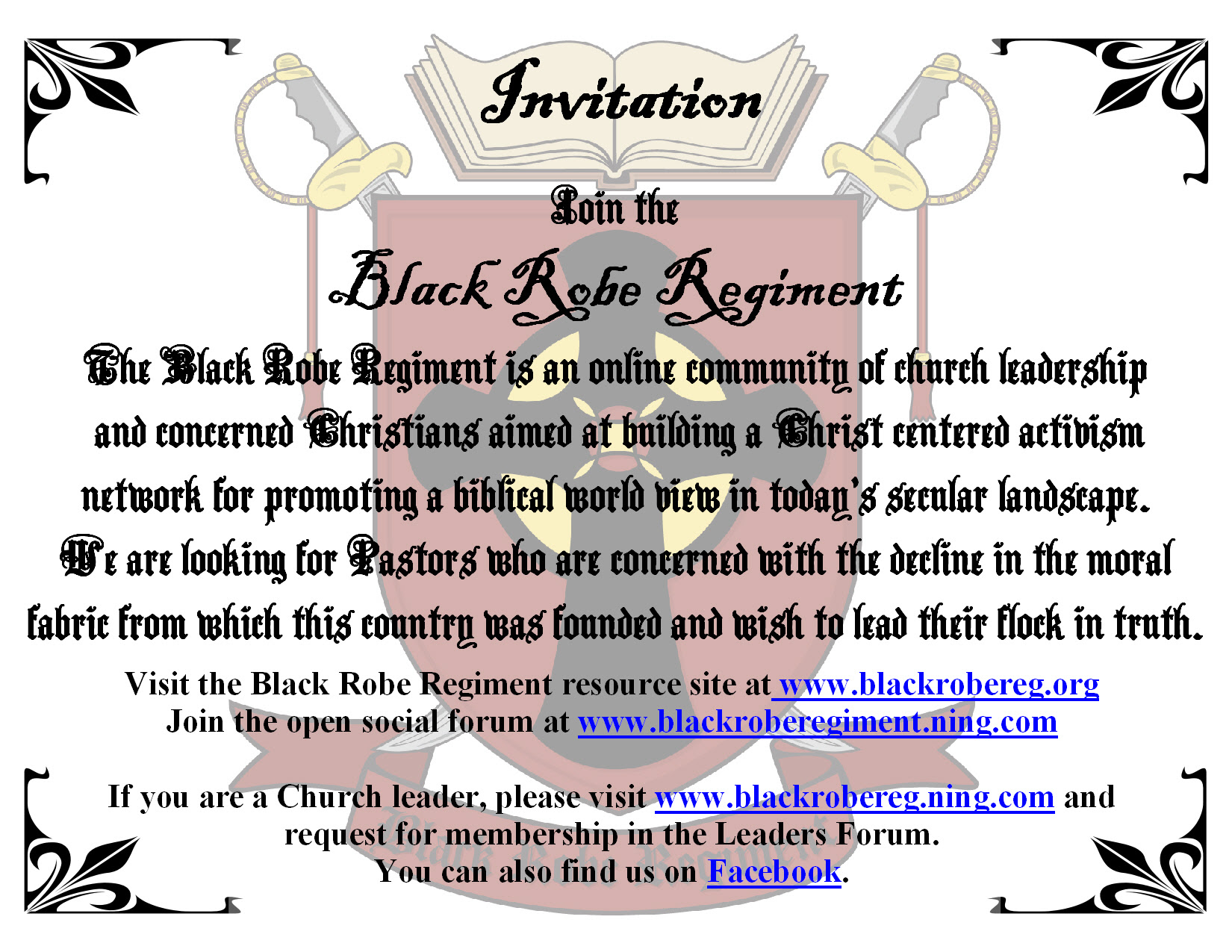 Recently I watched a You Tube video presentation by Pastor Dan Fisher of Yukon, Oklahoma on a group of pastors during our First War for Independence (the second one was fought from 1861-65 and still continues culturally) which the British dubbed “the Black Robed Regiment.” Pastor Fisher has also written a book dealing with this, Bringing Back the Black Robed Regiment.

Larry Pratt, the head of Gun Owners of America (an organization I support) wrote an article about this in July of 2014 that appeared on http://www.freedomoutpost.com and he described the Black Robed Regiment as “patriot preachers of the 18th Century, who led their congregations to battle the abusive tyranny of the Redcoats.” Can you even picture such a thing today, given the condition of most of our churches? It’s difficult.

We’ve been told for years that “religion and politics don’t mix and they are the two things you never talk about.” I can remember hearing this at home as a kid. It was the prevailing theology in most of the country in the late 1940s and 50s when I grew up, and although that has changed somewhat, the results, due to historical ignorance, have been mixed.