Via comment by Anonymous on Court: DHS Must Say Why Secret Plan to Shut Down C... 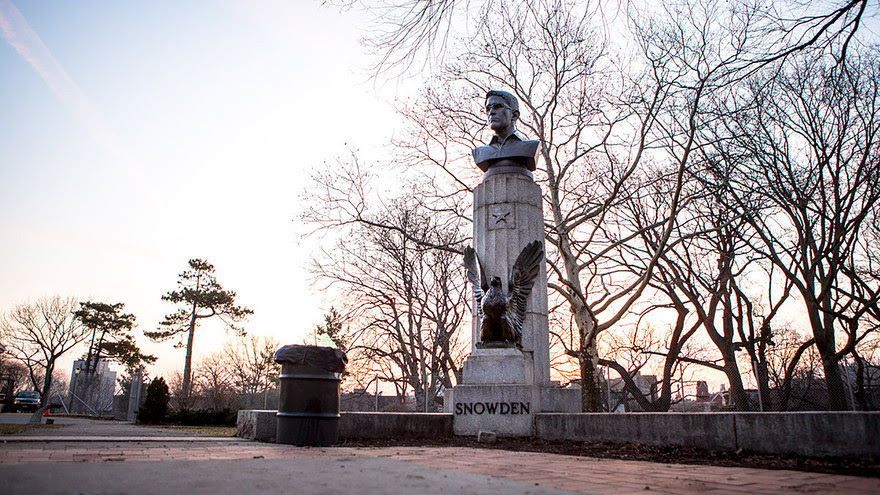 A trio of anonymous artists and helpers installed a bust of Edward Snowden in Brooklyn Monday morning.

The 100-pound statue was hauled into Fort Greene Park just before dawn, according to ANIMALNewYork, which originally reported the story.

The idea for the statue came from two artists and was made by a West Coast sculptor. Snowden leaked classified information from the National Security Agency to mainstream media in June 2013.

He was charged by the U.S. Department of Justice with two counts of violating the Espionage Act and theft of government property and currently lives in Russia.