Arrest made in Omaha church-lady attack

Via comment by Quartermain on Caught on video: Elderly woman robbed; sucker punc... 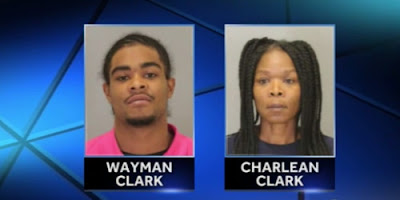 One of the "teens" who allegedly snatched the purse then punched a church lady has been arrested.

Authorities believe Wayman Clark -- a 22-year-old "teen" -- is one of the youths seen in a viral video attacking a 76-year-old church lady in the vestibule of a church in Omaha, Neb.

Clark's mother was also arrested in connection with the crime. The second assailant is still at large.