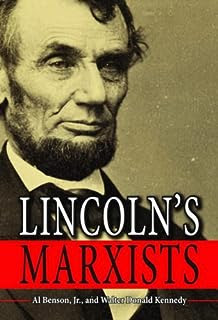 Dr. Morris U. Schappes testified before a Senate Committee in 1953 and defended patriotic communists who served proudly with Northern forces during the War Between the States. He named Northern General Joseph Weydemeyer as an example. Weydmeyer is described in “Red Republicans” [Kennedy and Benson, 2007] as a “pioneer American Marxist” who was active in the 1848 socialist revolution in Germany, as well as a friend of Marx and Engels. In London, Weydmeyer joined the London Communist League with Marx, then moved to the United States in 1851 where he joined the Republican party.
Bernhard Thuersam, www.Circa1865.com   The Great American Political Divide

Testimony of  Dr. Morris U. Schappes, Open Session of the Senate Permanent Subcommittee on Investigations of the Committee on Government Operations on April 2, 1953. Schappes was questioned by Senator Karl E. Mundt of South Dakota as to whether or not he [Schappes] knew of any “good Americans” who were also good Communists:

“Well, if you will look up the records and find the names of those Communists who died in defense of our country and were honored by Congress and by other institutions, legal, legislative, executive, military, for their services to this country, services that went back to the Civil War, when Communists fought in this country on the Union side, when officers, including officers of the rank of general, who were Communists, were officers of the Union Army, I think you can find adequate substantiation indeed in the records of our Government that Communists have been and therefore obviously can be loyal Americans.”
Posted by Brock Townsend at Thursday, August 20, 2015