Notice he cherry picks but one state out of all which seceded to supposedly prove his point.  Good little Useful Fool.

Toward A More Perfect Union---A Second Time Around

(The) Union now subsisting is hereby dissolved, and that the State of North Carolina is in full possession and exercise of all those Rights of Sovereignty which belong and appertain to a Free and Independent State.”

The Secession Convention of 1861 set the date of May 20th 1775 on the new State flag in honor of the Mecklenburg Declaration of Independence; as well as the “May 20th 1861” date emblazoned beneath the lone star. 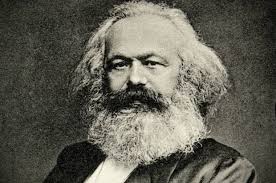 I cut off the first one at 5 minutes and won't bother with that this time.

"the Birther movement, of which Donald Trump is one of the authors of, is another, politer way of saying the N-word"

Long before Downton Abbey and Sherlock, 40 million viewers tuned into PBS to watch Ken Burn's acclaimed documentary, "The Civil War." The nine episode series won more than 40 industry awards and is widely regarded as contributing to a revival of interest in Civil War history and analysis.