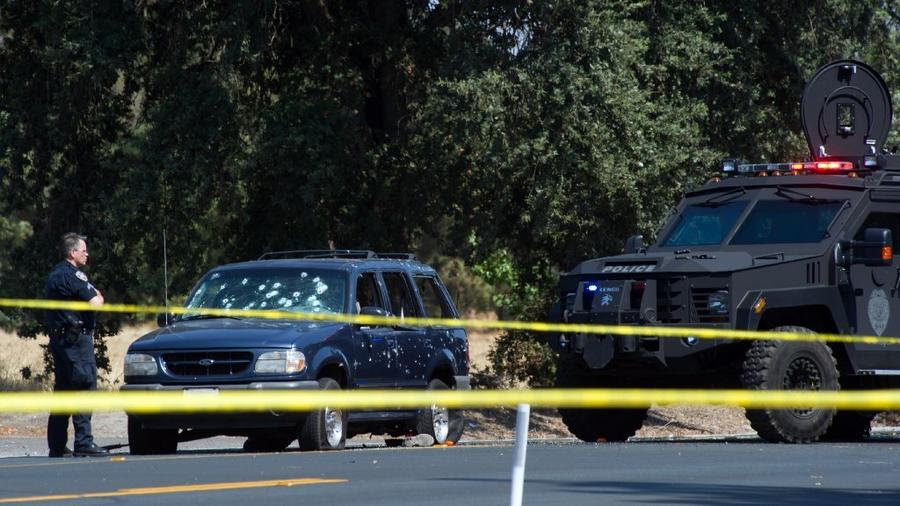 I had missed it when it happened, but the LA Times reminds us on one incident with the Stockton Police Department that ought to calibrate your expectations concerning police.

The more than 600 rounds that Stockton police fired during a rolling gun battle with bank robbers last year that left a hostage dead by officers’ bullets was “excessive” and “unnecessary,” an independent review found.

The Police Foundation, a research group based in Washington, D.C., released a detailed report Monday on how Stockton police responded to the July 16, 2014, armed robbery of a Bank of the West branch, where three gunmen took three women hostage and fired at officers from a speeding SUV.