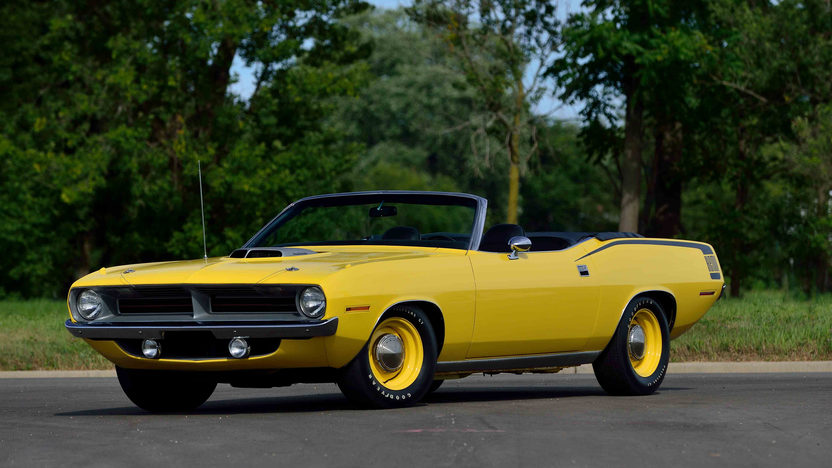 Like many notable extreme-demand vehicles, Hemi-powered Chrysler E-body convertibles were produced during a small window of time, 1970-71, and even then in very limited quantities. Today, a variety of factors have pushed these cars into the multimillion-dollar range.

A car like this 1970 Lemon Twist Hemi Cuda has the right stuff. Take mileage as a starting point; the odometer reveals fewer than 27,500 miles on this spectacular car. Extra-cost options such as the Shaker Hood, High Impact FY1 paint, and Super Track Pak also matter. Plus, the fact that this factory 4-speed car retains its matching-numbers 426 Hemi engine and mostly original sheet metal plays a big role in value as well. Couple that with very low original production figures for all Hemi Cuda convertibles, and the evidence proves the case.