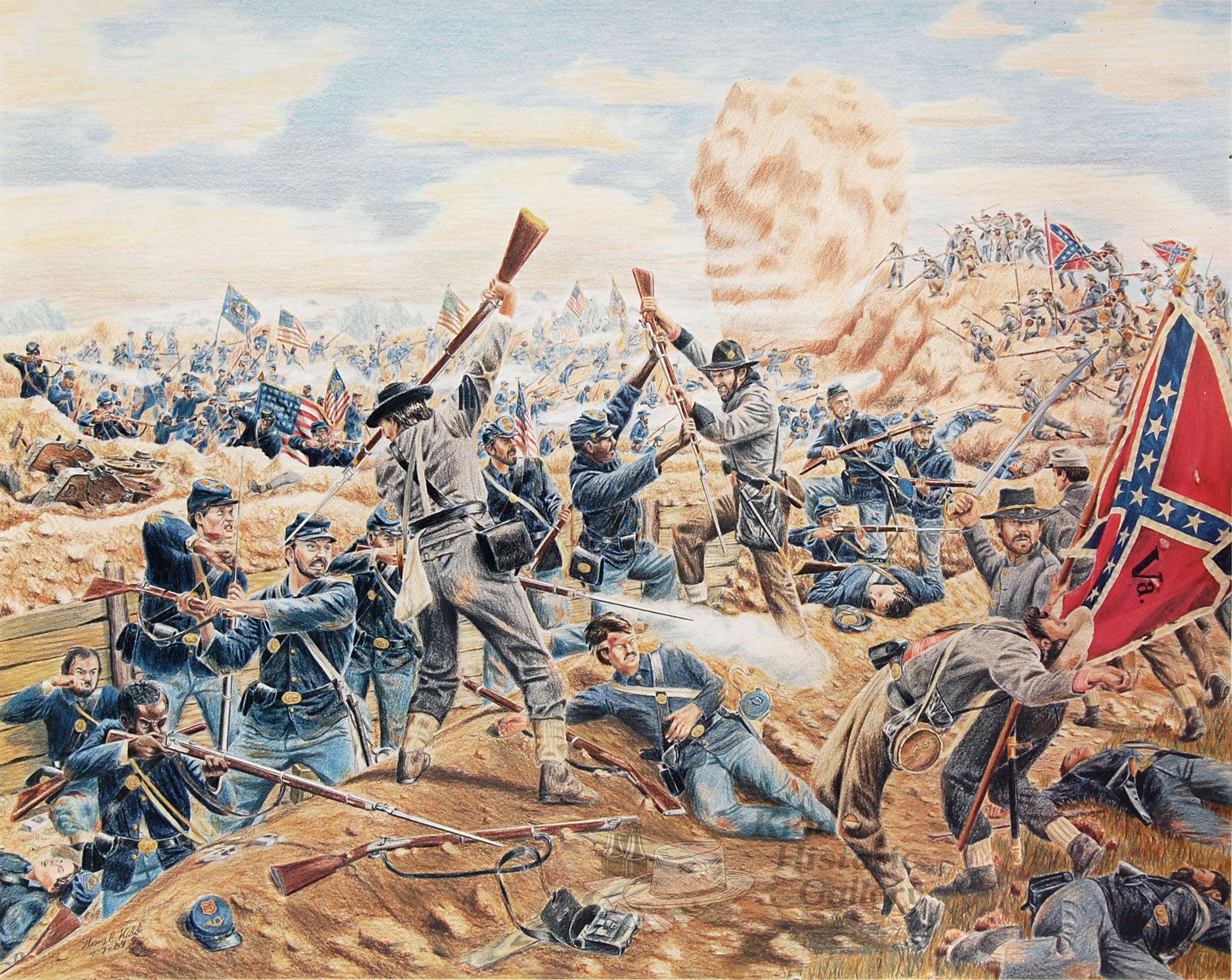 “Henry Grady’s Father in the Battle of the Crater:

“I can never forget the 30th of July, 1864, in front of the crater. My Colonel and Lieutenant-Colonel were in the hospital with wounds and sickness, my Captain dead on the field, and my senior Lieutenants in the hospital, how good old Major Grady, with 250 of the Twenty-fifth North Carolina Regiment, and a remnant of the Twenty-sixth South Carolina, stood between Grant’s army and the city of Petersburg, for two long hours, until [General William] Mahone brought reinforcements; how, with that handful of brave North Carolinians, he held back fourteen regiments of Federal troops.

The coolness and courage with which he walked the line of his men, directed the manner of their firing, and checked every advance movement of the enemy; while he saw of his best and most beloved officers and true and tried men carried from the field either dead or badly wounded; how he led the gallant charge which, after a hand-to-hand fight, drove the enemy from our works with a loss of 6,000, and fell mortally wounded just as victory perched on our banners.

Never Sparta had braver representatives or Thermopylae more courageous defense, yet North Carolina does not note how he died in her cause, or Virginia in her defense. The Petersburg papers gave credit for the victory to Mahone and the Virginians, which was won by the courage and blood of the North Carolinians under the command of Major Grady.”

Major Grady’s connection with the North Carolina Regiment occurred in this way: His company [G, Highland Guards] was raised close by the North Carolina line [Clay and Macon counties, and Athens, Georgia], and at that time Georgia volunteers were only taken for six months, whereas they wanted to enlist for a year, and consequently they became part of the Twenty-fifth North Carolina [Company G enlisted at Franklin, North Carolina on 8 July 1861]”