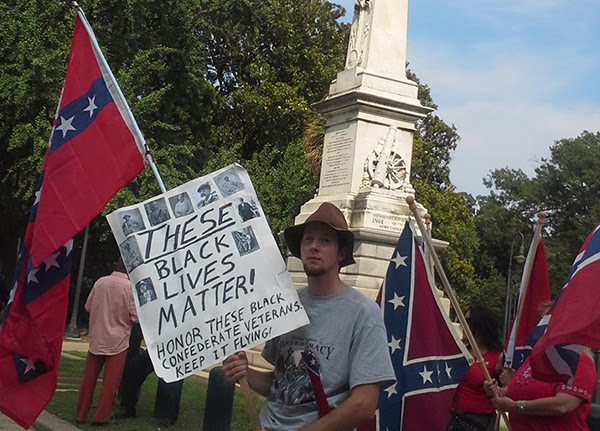 Fear of the Confederate battle flag led to the lockdown of a Georgia high school last week.
A sophomore student in Polk County, Georgia, walked through his high school’s cafeteria Sept. 23 with the Confederate flag on his backpack. The school went on lockdown status just hours after the white teenager had an altercation with two black students.

“They wanted to confront him about what he had on his backpack. What did they say? ‘Hey man, why you doing that,’” (Probably because he wanted to, though I know your freedom must be regulated by the state these days..........) Principal Wesley Cupp of Rockmart High School told the Fox-5 Atlanta Sept. 25.

The school decided to conduct a lockdown drill after rumors spread of additional students having the flag at school, Fox-5 reported.

“We just did that as a precautionary situation to help maintain and control what could have been a bad situation,” Mr. Cupp said, the network reported. “When you become a distraction where students can’t learn because of a distraction then that needs to be removed.”

Cupp said all three students involved in the incident were suspended.