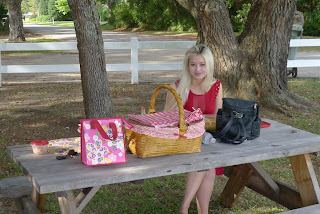 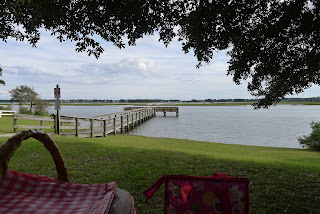 Picnic at our pier. 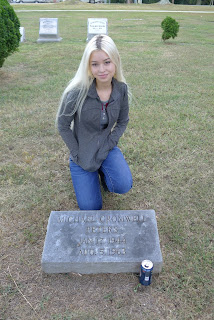 Michael was the son of Reverend Harold Peters, minister of Grace Episcopal Church in The Plains.  He and I were going to room together at Randolph-Macon in the fall.  I was working for my father in his office that summer and remember when my mother told me of this while at my desk.  I got up, walked to the front door, peered through the screen and was dumbfounded as to why there were cars still traveling on the street. He and I had double dated some that summer with two cousins, Jaque and Courtenay Green and I believe it was the next day that I picked up Jaque. She said that the last thing she remembered was playing with his big toe the night he left her to travel to Fredericksburg, but never made it as he evidently fell asleep and crashed into the front of a tractor trailer full of watermelons.  He loved his Jaguar and was buried with the gearshift knob in his hand. Michael's brother, Peyton was killed in a wreck after this and his sister Polly was horribly mangled in a wreck also, but survived. 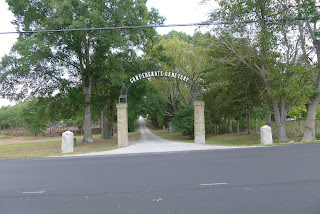 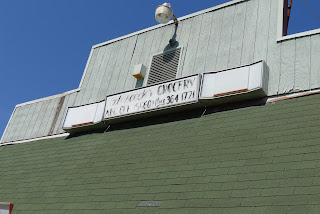 I believe this is the same sign that was visible when I was a child.  Mother would call and one of the boys would deliver groceries to our house.  I have wonderful memories of this and fortunately the inside is as it was those many years ago.  George stumbled into Robert Duvall at the lunch counter a short while before we visited. 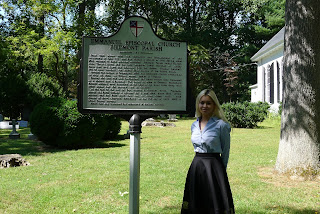 My aunt left me a piano and I traded it to my mother for Daddy's 1959 Ford Galaxie when he bought a '63.  She gave it to this church and was placed in an auxiliary building.  Years later, the building burned down and the only object left was the piano completely untouched. 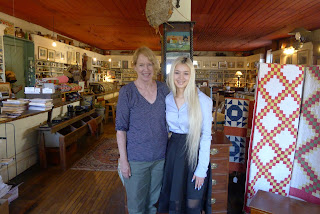 Occasionally, we would go from Daddy's farm Green Acres to his other one Bleak House and stop at the Delaplane Country Store for an ice, cold orange soda. Boy, did they taste good after a hard morning's work! When Dixie and I visited this day, I noticed that the lady looked familiar and I asked her if she was a McCarthy.  *She replied  that no she wasn't, but was related. I then mentioned that I had grown up in Marshall and my father was Dr. Townsend to which she replied that he was her doctor and had come to her house every day for two weeks to administer a shot after she had badly damaged her left arm!  This alone was worth the trip. :) *Dee Mulligan 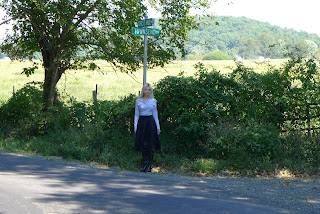 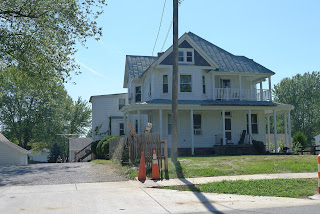 Where I grew up from five on. They have taken the land, placed small houses and converted the house into apartments while removing large Boxwoods that Mother grew along the road as well as her flower gardens and orchard. 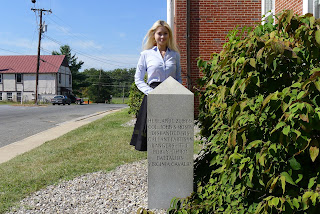 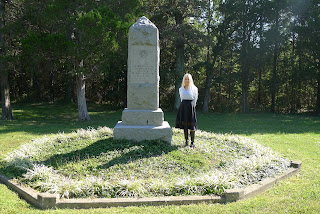 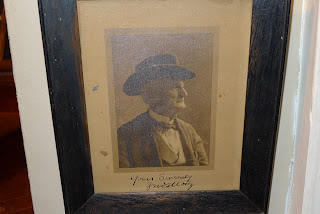 Given to George's grandfather who rode with Mosby. 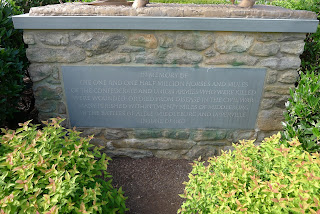 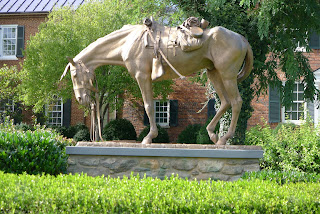 Above two just wonderful and placed since we were there last. 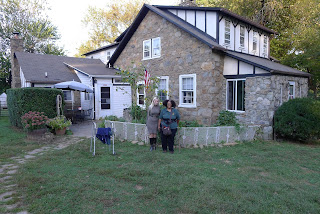 George's, Mosby Springs. Anita is a physician and reenactor. We have been pen pals for many years, but this was the first time we had met. 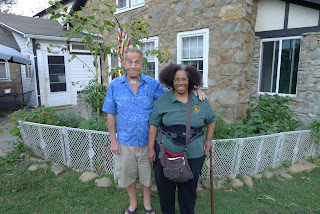 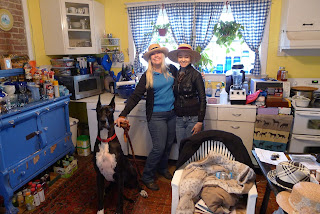 George's friend Mary and her Diane, the most beautiful and well mannered Great Dane or for that matter any dog I have ever been around.  The two of us rode together in the rear below. 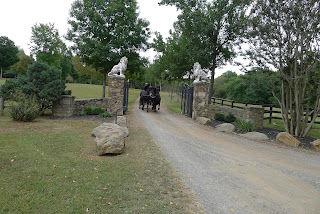 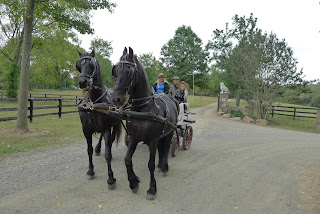 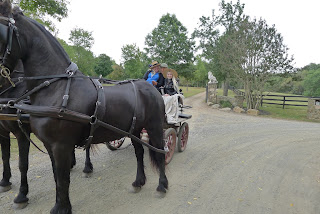 Mary took us on the back roads around her place for two hours and had a grand time. Even had an oil painting presentation brought to us from one of the stables by three delightful ladies, but for some reason the pictures I took are missing.  Strange, must be Yankees..........:) 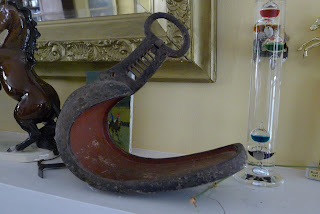 A  Samurai stirrup at Mary's and she makes the best cookies that I have ever had.   Should market them. :) 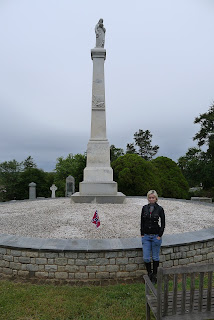 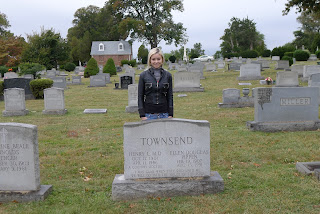 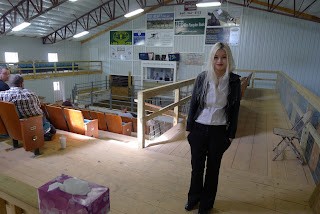 The Fauquier Livestock Exchange which was originally in Marshall.  I used to go with Daddy for the auction every Thursday.  Very sad as there are only 50/60 cattle going through each time now where there used to be 500/600.  Someone mentioned that Yankees come down, buy up parcels of land and one steer while calling themselves Beef Cattle Farmers. :) 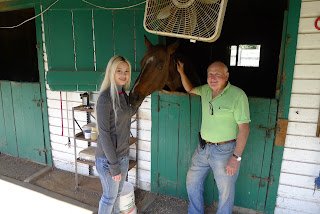 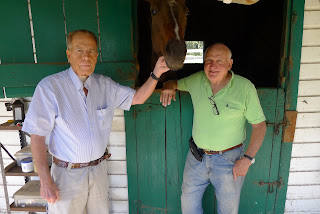