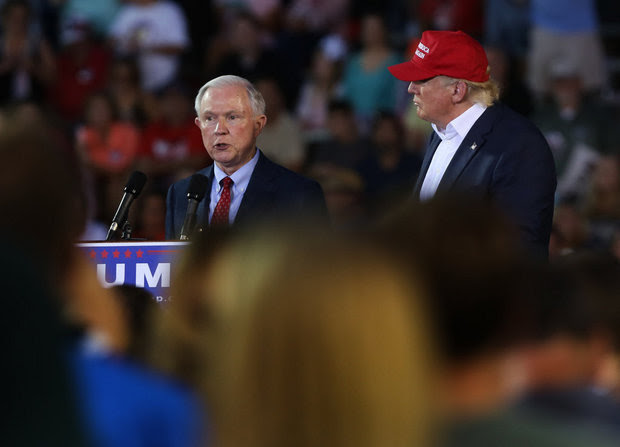 But the real estate mogul and GOP frontrunner for president wasn't shy about embracing U.S. Sen. Jeff Sessions during a during a rally in August at Ladd-Peebles Stadium. Trump also asked for Sessions' help in crafting his immigration proposal.

Ted Cruz – the GOP candidate polling closest to Trump – attempted to trump Trump when he proclaimed during a rally Saturday in Daphne that Sessions would make a good addition to his cabinet as chief of Homeland Security. The crowd roared its approval.