"This is our home" 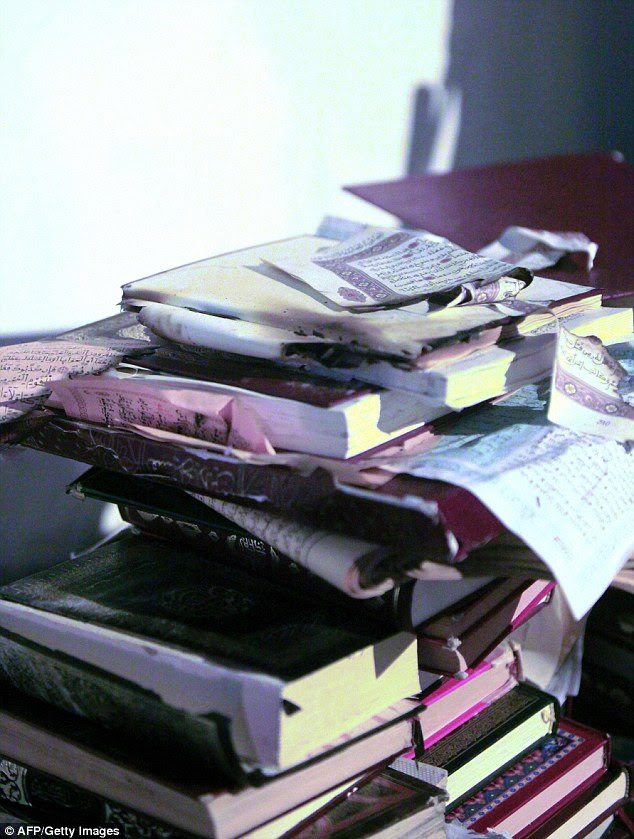 Up to 600 French protesters desecrated a Muslim prayer hall in Corsica in a revenge attack prompted by the wounding of two firefighters and a police officer.

Chanting ‘Arabs get out!’ and ‘This is our home’, protesters marched through the streets of the French Mediterranean island’s capital, Ajaccio.

French Prime Minister Manuel Valls described the attack on Twitter as ‘an unacceptable desecration’, and branded the violence towards the firefighters as an ‘intolerable attack’.

The violence began on the night of December 24, when two firefighters were ‘ambushed’ by ‘several hooded youths’ in the low-income neighbourhood of Jardins de L’Empereur.

It escalated when several hundred people gathered in front of police headquarters in the capital city, before marching through the streets to the housing estate where the attack on the firefighters took place. They then launched the violent assault on the local prayer room.

Interior Minister Bernard Cazaneuve insisted the perpetrators of both incidents would be tracked down and arrested, adding that there was no place for ‘racism and xenophobia’ in France.

As I have said, it will take two election cycles before the situation stabilizes.