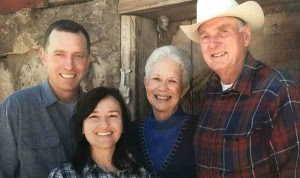 This series is not about the two fires and subsequent conviction of Dwight and Steven Hammond.  It is about the abuse, by government agencies, in the two decades prior to the first fire.

During the course of the constantly revised Opinion (final version, below), on June 30, 1997, Barbara Scott-Brier, Solicitor, Pacific Northwest Region, Department of the Interior, who had been working on the Draft (see Feb 28 & May 22) sends a letter to Elaine Zielinski, State Director, Bureau of Land Management {215-216}, requesting information relative said Draft. The request is for:

1. Copies of the following documents underlying the trailing route: