It's the Supreme Court, stupid 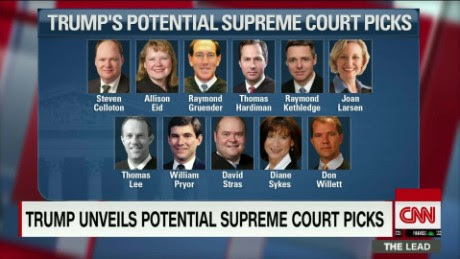 Of course I am voting for Donald Trump. You should be too if you are a conservative. Let me break this down into three arguments, the first of which is Trump's trump card on the #NeverTrumpers.

If Hillary Clinton wins, the Left gavels in a solid, lasting, almost certainly permanent majority on the Supreme Court. Every political issue has a theoretical path to SCOTUS, and only self-imposed judicial restraint has checked the Court's appetite and reach for two centuries.

That restraint will be gone when HRC's first appointee is sworn in. Finished.

This is not hyperbole. I have the advantage of having taught Con Law for 20 years, of having argued before very liberal appellate judges like Judge Stephen Reinhardt of the very liberal Ninth Circuit, of practicing with the best litigators in the land, and I know what a very liberal SCOTUS means:

conservatism is done. It cannot survive a strong-willed liberal majority on the Supreme Court. Every issue, EVERY issue, will end up there, and the legislatures' judgments will matter not a bit.