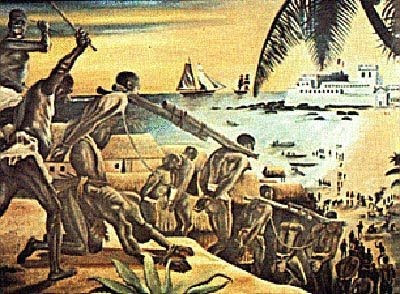 Ask yourself this: In all of the gazillions of lectures and tirades (there have, as to date, been no genuine conversations) on slavery, have you ever heard of the names of John Currantee and Ephraim Robin John?

Such names—and there are many, many more—belong to a racially incorrect history of slavery, an historical account that threatens to rip asunder the ideological foundations of the Racism-Industrial-Complex (RIC), or Big Racism.

For centuries and centuries, courtesy of both Arabs and its indigenous peoples, slavery was endemic throughout the continent of Africa. Contrary to what contemporary mythical portraits like Roots would have us think, when Europeans began enslaving Africans in the 16th century, they—unlike Arabs—would not invade villages to obtain slaves. Rather, they would have to trade with the African flesh peddlers.