Via comment by Quartermain on  ........the most irresponsible and incendiary pre... 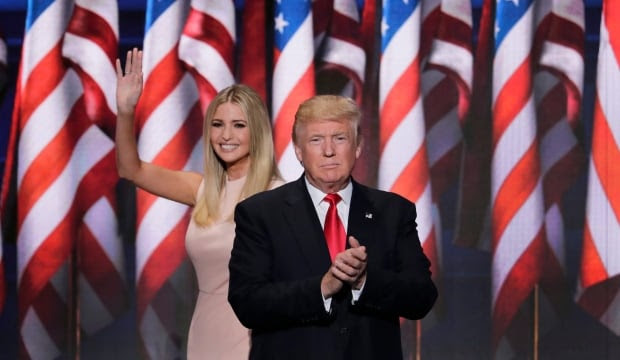 Note: this is based on the prepared text, not the one Donald Trump actually delivered, which was fairly similar. Key passages:


America is far less safe – and the world is far less stable – than when Obama made the decision to put Hillary Clinton in charge of America’s foreign policy.

I am certain it is a decision he truly regrets. Her bad instincts and her bad judgment – something pointed out by Bernie Sanders – are what caused the disasters unfolding today. Let’s review the record. In 2009, pre-Hillary, ISIS was not even on the map.

Libya was cooperating. Egypt was peaceful. Iraq was seeing a reduction in violence. Iran was being choked by sanctions. Syria was under control. After four years of Hillary Clinton, what do we have? ISIS has spread across the region, and the world. Libya is in ruins, and our Ambassador and his staff were left helpless to die at the hands of savage killers. Egypt was turned over to the radical Muslim brotherhood, forcing the military to retake control. Iraq is in chaos.

Iran is on the path to nuclear weapons. Syria is engulfed in a civil war and a refugee crisis that now threatens the West. After fifteen years of wars in the Middle East, after trillions of dollars spent and thousands of lives lost, the situation is worse than it has ever been before.

This is the legacy of Hillary Clinton: death, destruction and weakness.

Translation: no more neoconnery. He's rhetorically going after Hillary here, and is correct to do so, but he's dialectically including the Bush administration's aggressive foreign policy as well. 2016-2009=7, not 15. This is the real reason why the conservative media is opposed to Trump; they want their foreign wars.