Was the father of presidential hopeful Cruz involved in the JFK assassination?

Via comment by Sioux on Ted Cruz and the Trump Takeover 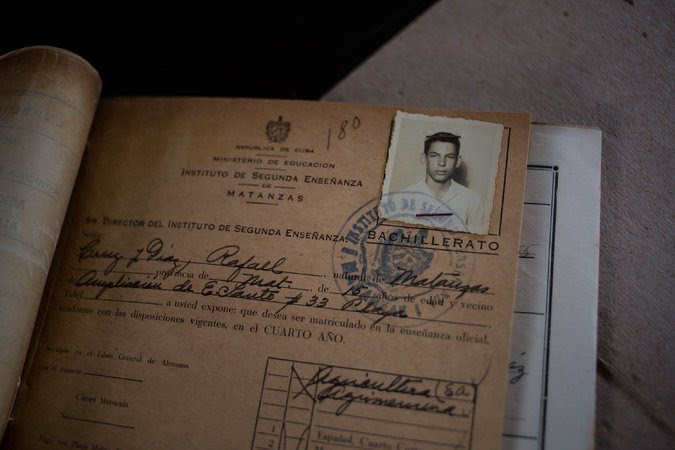 Previous questions have surfaced about the 1960s activities of Rafael Cruz, Sr., the father of GOP presidential hopeful Rafael Cruz, Jr. (Ted Cruz). Based on the presence of the elder Cruz, an anti-Castro activist, in Dallas and New Orleans before the November 22, 1963, assassination of President John F. Kennedy, there is a strong reason to believe that Cruz was associated with Central Intelligence Agency's anti-Castro operations.

Furthermore, a Cuban hired by alleged JFK assassin Lee Harvey Oswald and who bears a striking resemblance to Cruz is seen in an iconic photograph of Oswald and a group of Cubans Oswald hired who were distributing "Hands off Cuba!"

pamphlets in New Orleans in the summer of 1963. The photo of Oswald and other Cubans he hired for the Fair Play for Cuba Committee was taken outside the International Trade Mart in New Orleans on August 16, 1963. WMR has been informed by a source that the individual to Oswald's left is none other than Rafael Cruz. The photograph at the trade mart was favorably compared to a 1957 photograph of Cruz attached to an official Cuban Ministry of Education document.