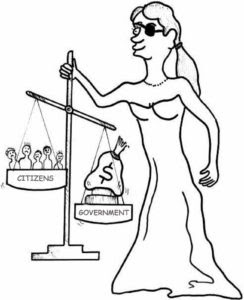 The government may have given the Grand Jury sufficient information to properly find “probable cause”.  It is also possible that they may have simply convinced the Grand Jury to find “probable cause” based upon explaining to them that they had given them enough information for them to indict the 26 people charged in the final (third) Grand Jury Superseding Indictment.  We will be looking at the Indictment, Case Law, the Grand Jury selection process, and the information provided to the Grand Jury.
.
Now, this case is being heard in the Oregon Federal District Court.  That Court is within the jurisdiction of the Ninth Circuit Court.  So, what better source to determine if the Indictment meets the standards set by that Ninth Circuit Court?