Stand Up for America 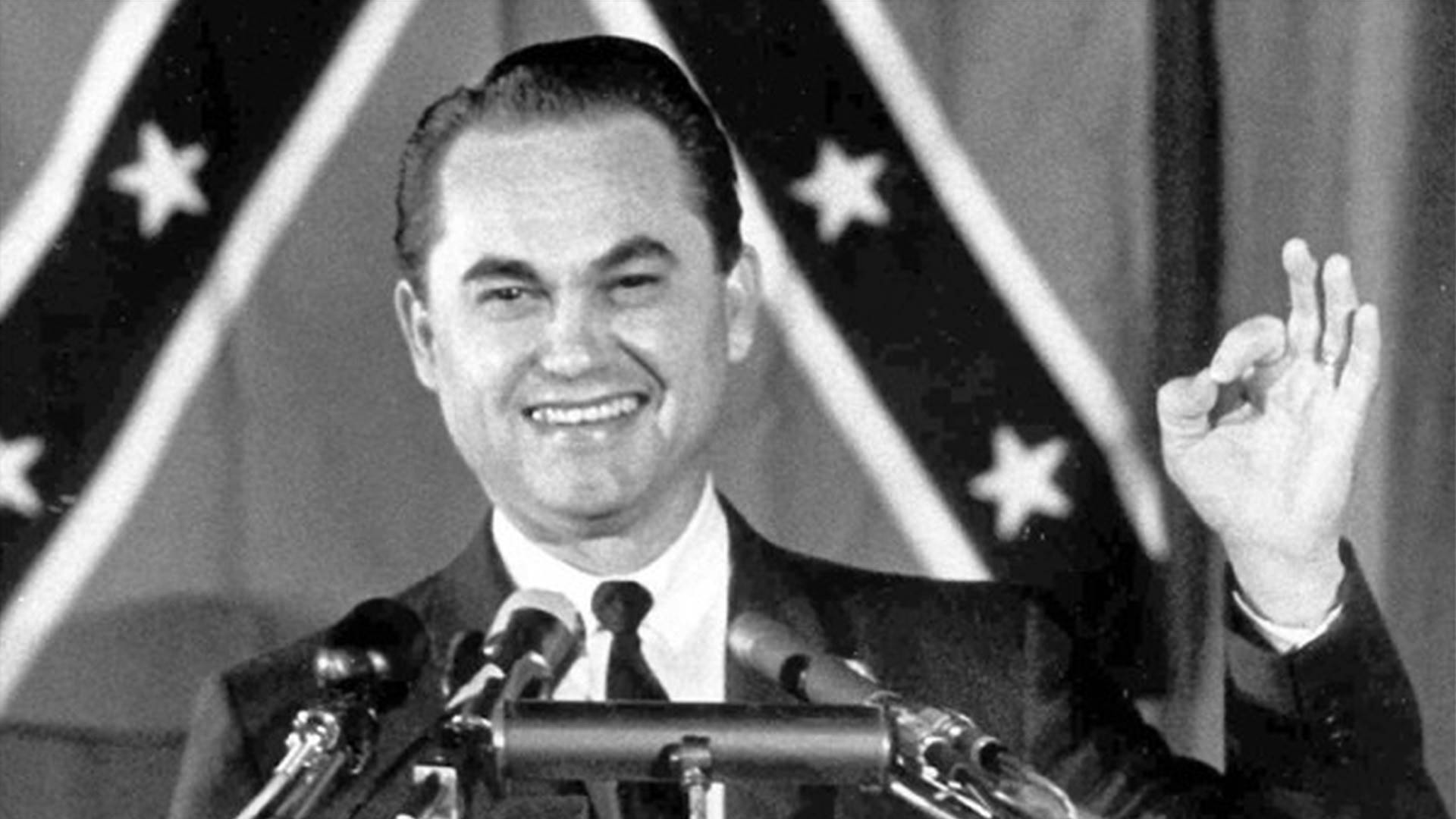 Conservative Democrat George Wallace of Alabama sought his party’s presidential nomination in 1964, ran as presidential candidate of the American Independent Party in 1968, and then sought the Democratic nomination again in 1972 and 1976.
Bernhard Thuersam, www.Circa1865.com   The Great American Political Divide

Stand Up for America

“Labor leaders had tried to misrepresent the civil rights bill, and I intended to let the rank-and-file membership know what its passage really meant. One power it would grant to the executive branch would be the right to establish ethnic quotas in hiring, rather than on a basis of merit or ability. A member of a local union told me, “Governor, I am for you. I don’t like too much government interference in my life.”

During my stay in Kenosha [Wisconsin], a militant picket tried to hit me with a sign. Jemison, my security guard, took the full blow on his head. The man who assaulted us was arrested on a disorderly conduct charge, found not guilty, and released.

If this had happened to, say, [Democrat] Adlai Stevenson in Dallas, the liberal press would have cried, “shame,” and pointed with alarm to the danger from the militant right. It was not easy to campaign in an atmosphere in which those who opposed us were granted complete license to disrupt and destroy my right to speak. The double standard was operating again.

During one of my speaking engagements, a reporter asked me, “Do you have an alternative to the civil rights bill?” This was an easy one. “Yes sir,” the U.S. Constitution. It guarantees civil rights to all people, without violating the rights of anyone.”

I closed an address in Appleton by saying, “If the people of Wisconsin want a civil rights bill for Wisconsin, let them enact it in their own State. That’s the way it should be. But let’s not have the federal government telling us what to do or what not to do.”

In Milwaukee I told my delegates: “My campaign slogan when I was elected governor was “Stand Up for Alabama.” Tonight I want to expand it to “Stand Up for America.”

That slogan became and remained the heart of my political and economic beliefs. The sacred oath of office that every elected official takes is to protect and defend the Constitution against all enemies, foreign and domestic. This concept of loyalty to the Constitution precludes any transfer of sovereignty to any international political body [such as the United Nations] – which would be a treasonable violation of the supreme law of the land.

I believe George Washington would have had words to say about the civil rights bill and the growing power of the federal government. These words from his Farewell Address are significant today:

“It is important, likewise, that [leaders] should confine themselves within their respective Constitutional spheres, avoiding, in the exercise of the powers of one department, to encroach upon another. The spirit of encroachment tends to consolidate the powers of all departments in one, and thus to create, whatever the form of government, a real despotism.”