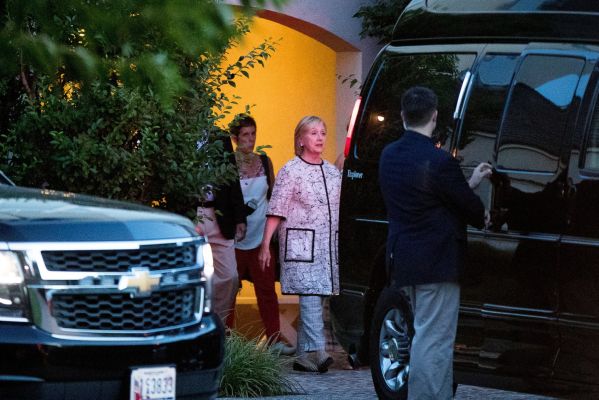 Should be in a nursing home. :)

“I want any of your thoughts or ideas about how I should debate Donald Trump, just to name one thing. 71 days left in the campaign and I am not taking anything, anyone or any place for granted. This is the most unpredictable electoral season that I certainly can remember and I am running against someone who will say or do anything.

“And who knows what that might be. We have three debates. The first one is in September…I do not know which Donald Trump will show up.”

“Maybe he will try to be presidential and try to convey a gravity that he hasn’t done before or he will come in and try to insult and try to score some points.”

“Somebody said to be, remember, there will be about 100 million people watching and 60 million will be paying attention to the campaign for the first time. So don;t assume they have followed anything. They may vaguely have some information about Trump said this or Trump said that or whatever. But there will be a lot of new impressions made that night.”