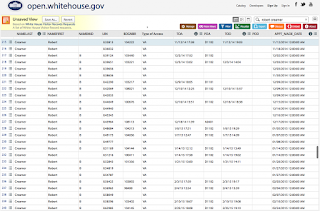 47 of those visits were direct visits with Obama. Several of those visits included Michelle Obama.
In the video where Democratic operatives talk about how to conduct mass voter fraud, Scott Foval describes Creamer in the videos as the ‘black hat’ guy who has taught him so much. Creamer also shows up on another video which covers inciting violence at Trump rallies. Creamer states on video that Clinton is aware of his work, and that his firm, Democracy Partners, has a daily telephone call with the Clinton campaign to coordinate.

Creamer is a convicted felon: