EU could BREAK UP the US: Juncker in jaw-dropping threat to Trump over support for Brexit 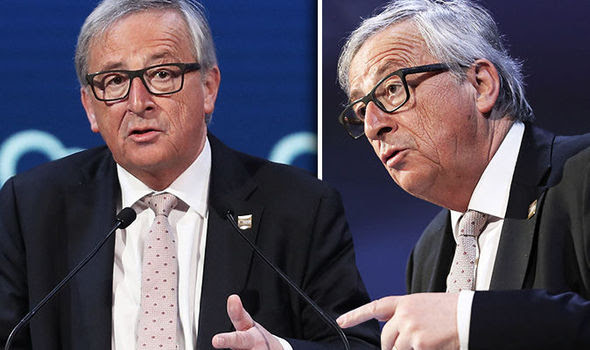 EUROPEAN Union boss Jean-Claude Juncker issued a jaw-dropping threat to the United States, saying he could campaign to break up the country in revenge for Donald Trump’s supportive comments about Brexit.

In an extraordinary speech the EU Commission president said he would push for Ohio and Texas to split from the rest of America if the Republican president does not change his tune and become more supportive of the EU.

The remarks are diplomatic dynamite at a time when relations between Washington and Brussels are already strained over Europe’s meagre contributions to NATO and the US leader’s open preference for dealing with national governments.


They are by far the most outspoken intervention any senior EU figure has made about Mr Trump and are likely to dismay some European leaders who were hoping to seek a policy of rapprochement with their most important ally.