The coming civil war in America

Via comment by EIEIO on  Oh Boy: NC Republicans, governor have deal to end ... 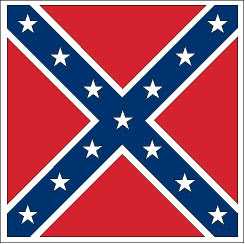 With each passing day, we move closer to open conflict in America–civil war, if you will–between the forces of Western Civilization (which is founded on a biblical understanding of nationalism) and the forces of Judeo-Marxism or godless international leftism in general. Both major US political parties are being pulled in one of these directions or the other.

As soon as Trump took office back in January (if not before), the left made it clear that it would not accept the practical outcome of the November 2016 election. For the past two months, they have done everything they can to prevent the new administration from governing and from enacting the platform on which it was elected. This resistance goes as far as openly disobeying the law (see “Sanctuary Cities”) and carrying out street violence against Trump supporters (see Antifa and Black Lives Matter). The elite, Jew-dominated media have run interference for the left by pushing the anti-nationalist, progressive Narrative non stop. The tension has been ratcheted so high that something simply has to give.

And it will. All it will take is one incident in which a supporter of one side or the other is killed in a public venue and the episode distributed widely on social media. If things keep moving as they are now, such a tragic event is not merely possible but likely. Then the conflagration begins in earnest.