Fewer refugees arrive in U.S., with declines in 46 states 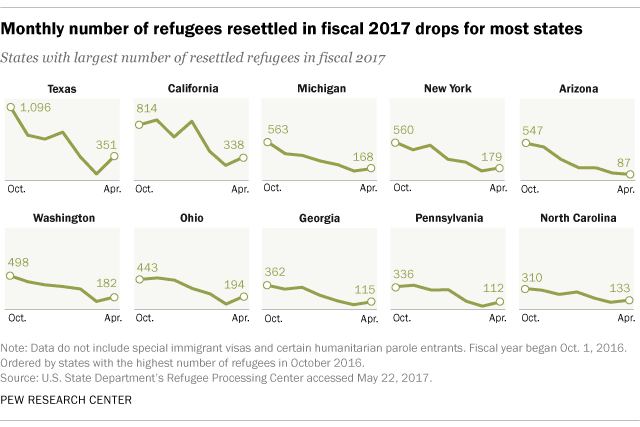 The number of refugees entering the United States each month has declined sharply so far in fiscal 2017, falling from 9,945 in October 2016 to 3,316 in April 2017, according to a Pew Research Center analysis of U.S. State Department data. All but four states reported declines in monthly arrivals.

Nationwide, the number of refugee arrivals decreased in each of the first five months of the fiscal year, the longest consecutive monthly decline on record (monthly data before 2000 are not available).