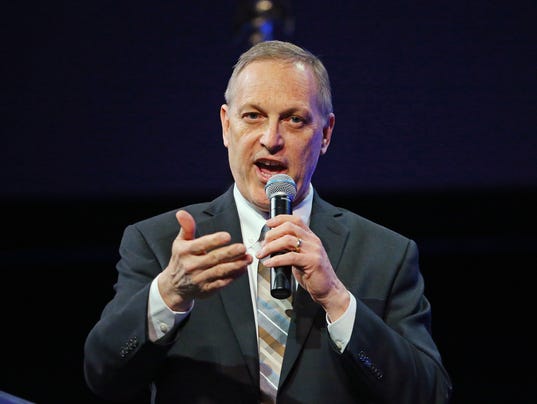 A group of House conservatives has filed an amendment asking the Justice Department for information related to former FBI Director James Comey's handling of the Hillary Clinton email case.

The amendment, first reported by the Washington Post, demands information on "leaks by James B. Comey," on "the propriety and consequence of immunity deals given to possible Hillary Clinton co-conspirators" and Comey's decision to "usurp the authority of then-Attorney General Loretta Lynch in his unusual announcement that criminal charges would not be brought against" Clinton.

Rep. Andy Biggs, R-Ariz., a co-sponsor of the amendment, told the Washington Examinerhe aims to "push back" against "accusations" that are distracting from the agenda of President Trump and Republicans in Congress.