Charlottesville Was a Massive 4GW Failure 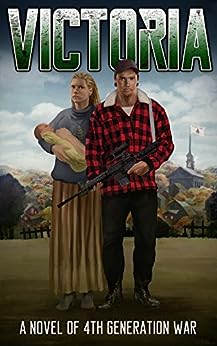 I’m sure that a lot of folks in the alt-Right, of whatever stripe, are feeling pretty black-pilled right at this moment. As well they should, because the Unite the Right rally in Charlottesville was a disaster.

There’s no way to get around that. Don’t take what I’m about to say in the post below as “punching right”. Rather, understand it as me giving some well-meaning, and I believe much needed, counsel.

What everyone who is interested in this needs to understand is that the reason the Unite the Right (UTR) rally was a failure was because it completely neglected to take into account 4GW (Fourth-Generation Warfare) principles which can very easily be applied to civilian situations remaining at conflict levels below outright armed conflict.  In fact the leadership at UTR and during the subsequent chain of events once the rally got started broke just about every rule of 4GW that could have been broken.

My advice for any serious alt-Righter of any stripe who wishes to avoid future debacles like UTR would be to first, first, FIRST read Victoria by William Lind, and then familiarize yourself with Lind’s other materials on this subject.  If you haven’t done this yet, then stop what you’re doing, alt-Right involvement-wise.  You’re only going to hurt, not help your cause.