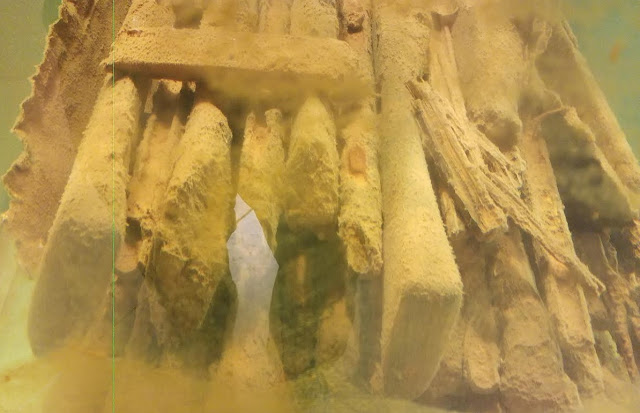 Twenty Enfield rifles recovered from Charleston (S.C.) Harbor and on display in a freshwater tank at a Georgia state park remain in a “holding situation” until funding is procured for complete conservation.

“At this point, the crate of rifles is pretty well desalinated,” said Josh Headlee, curator with the Historic Preservation Division. “The conservation is a process that will take a good while to complete and the cost could be considerable. Furthermore, once that process is started, it can’t be stopped without irreversible damage to the rifles.”

The British-made weapons, which have been on display for three years at Sweetwater State Park west of Atlanta, were intended for the hands of Confederate soldiers.