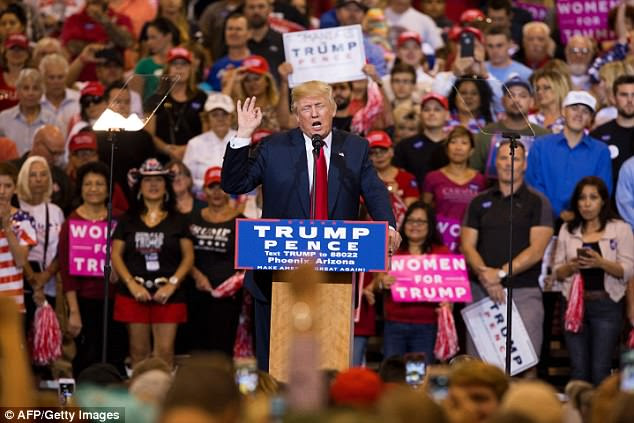 Sen. Lindsey Graham suggested Thursday that Donald Trump's bare-knuckle feuding with Republicans in Congress is a conscious 'political strategy,' and 'there's nothing crazy about it.'

Institutional Washington has watched with a mixture of shock and horror as the president picks fights with leaders of his own party, but Graham – who has been on the receiving end of many Trump barbs – told radio host Hugh Hewitt that there's a method to the apparent madness of cannibalizing fellow Republicans in public.

The South Carolina GOP senator pointed to his own conference's failure to muster enough votes to fund the border wall that won Trump a groundswell of support from Republican voters last year.