New England Sets the Example for the South 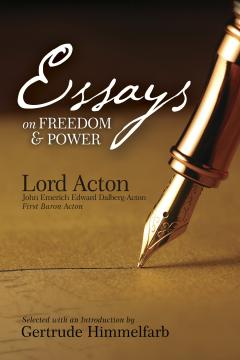 Lord Acton writes that “secession is not a theory of the Constitution, but a remedy against a vicious theory of the Constitution” — the right of a minority to withdraw from a political agreement which they no longer wish to be part of, and to escape the tyranny of the majority. Even a nationalist like Hamilton saw the balance necessary between national and State governments, and that both will be prevented from trespassing on each one’s constitutional limitations. The States would be further protected by the strictly delegated, and few, powers of the general government.
Bernhard Thuersam, www.Circa1865.org   The Great American Political Divide

New England Sets the Example for the South

As a consequence of troubles between Napoleon’s Berlin decree and the British response, President Jefferson determined to lay an embargo on all American vessels – with a subsequent Bill passed December 22, 1807.

“The embargo was a heavy blow to the ship-owning States of New England . . . the others were less affected by it. “The natural situation of this country,” says Hamilton, is to divide it interests into . . . navigating and non-navigating States. This difference in situation naturally produces a dissimilarity of interests and views respecting foreign commerce.”

Accordingly the law was received in those States with a storm of indignation. Quincy, of Massachusetts, declared in the House: “It would be as unreasonable to undertake to stop the rivers from running into the sea, as to keep the people of New England from the ocean . . .”

The doctrine of State-rights, or nullification, which afterwards became so prominent in the hands of the Southern party, was distinctly enunciated on behalf of the North on this occasion.

Governor Trumbull, of Connecticut, summoned the legislature to meet, and in his opening address to them he took the ground that, in great emergencies, when the national legislature had been led to overstep its constitutional power, it became the right and the duty of the State legislatures “to interpose their protecting shield between the rights and the liberties of the people, and the assumed power of the general government.”

They went farther and prepared to secede from the Union, and thus gave the example which has been followed, on exactly analogous grounds, by the opposite party.

John Quincy Adams declared in Congress that there was a determination to secede. “He urged that a continuance of the embargo much longer would certainly be met by forcible resistance, supported by the legislature, and probably by the judiciary of the State . . . Their object was, and had been for years, a dissolution of the Union, and the establishment of a separate confederation.”

Twenty years later, when Adams was President, the truth of this statement was impugned. At that time the tables had been turned, and the South was denying the right of Congress to legislate for the exclusive benefit of the North Eastern States, whilst these were vigorously and profitably supporting the Federal authorities.

It was important that they should not be convicted out of their own mouths, and that the doctrine they were opposing should not be shown to have been inaugurated by themselves.