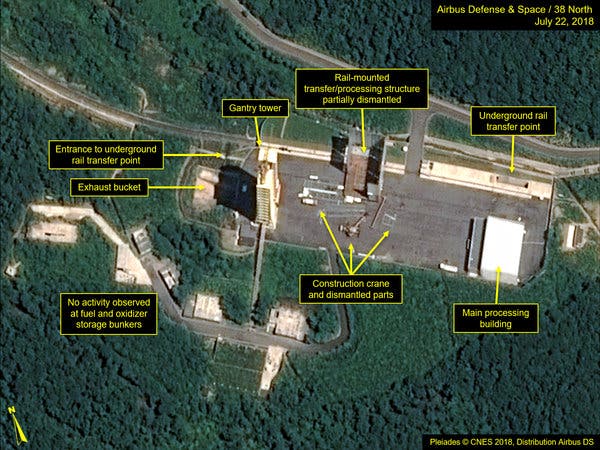 North Korea has started dismantling a missile-engine test site, as President Trump said the North’s leader, Kim Jong-un, promised he would during their historic summit meeting in Singapore in June, according to an analysis of satellite imagery of the location.


The North Koreans have started taking apart the engine test stand at the Sohae Satellite Launching Station, said Joseph S. Bermudez Jr., an expert on North Korea’s weapons programs, in a report published on Monday on the website 38 North. The dismantling work probably began sometime within the last two weeks, he said.